Originally the site served as an airfield to squadrons of the U.S. 8th Air Force during World War 2 from 1942 to 1945. Group Lotus moved its headquarters to Hethel in 1966 and it has been there ever since. Portions of the runways and taxiways were developed as a circuit that could be used for the testing of cars, which was in turn used by the likes of Clark, Rindt, Fittipaldi and Senna to fine-tune their Formula One race cars.

The entire complex has recently undergone a complete refurbishment and is now a state-of-the-art facility with concrete surfacing and kerbs throughout. An FIA specification purpose-built test circuit with a length of 2.2 miles and a width of 40 feet, the Lotus Test Track combines a variety of technical aspects with a series of bends, hairpin, corners, straights and a turning circle designed to put Lotus’ high performance cars through their paces, and to train and develop your driving skills. 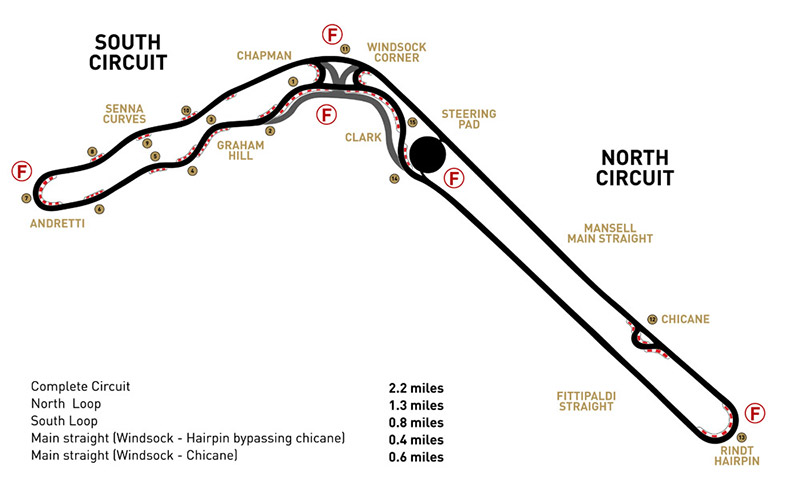 Station d'Essence La Plus Proche:
On A11 - equidistant North and South bound - both sell Super Plus - Northbound also has a Waitrose store for food and drinks.